John Tortorella will miss the NHL All-Star festivities in Los Angeles this weekend because one of his dogs is sick.

The Columbus Blue Jackets coach, who was to fulfill the same role for the Metropolitan Division, also did not coach Thursday against the Nashville Predators.

“I appreciate so much the number of messages I have received since the announcement (of missing the event),” Tortorella told The Columbus Dispatch. “But this absolutely is not an emergency. I want to clear that up.

“I needed a few days during the All-Star break — not having to go to the All-Star Game — to take care of something very important to my family and my son.”

The NHL doesn’t want players and coaches faking injuries to avoid participating in the marquee event, so in order to avoid being suspended, Tortorella needed to miss a game before or after the All-Star break as well.

Tortorella’s son, Nick, is a U.S. Army Ranger, and it was his 10-year-old pit bull, Emma, that had gotten sick.

“I needed to see this through,” said Tortorella, whose family has five dogs.

Tortorella and his family run a foundation, The John and Christine Tortorella Foundation, that helps “those who protect children, animals and our environment from harm.” 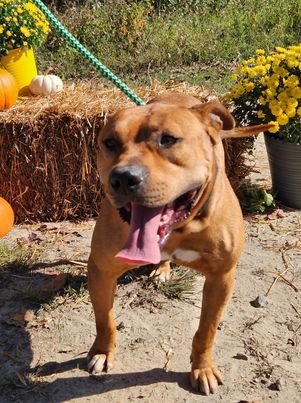 Over 500 days Sweet has waited for his home. Over 500 days he has sat in his kennel watching everyone else get adopted and passing... more