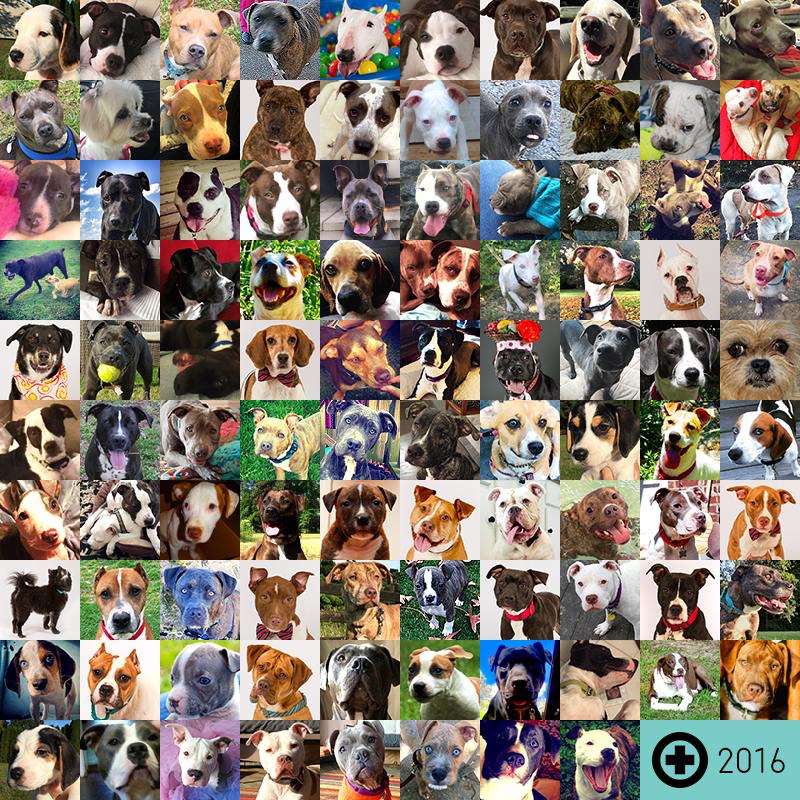 Ring Dog Rescue wants to take a moment to wish everyone a Happy and Safe New Year and reflect on 2016. This past year came with many challenges and many “hooray” moments.

This past year has given us fantastic new volunteers and fosters, new relationships were formed with various members of our community, dogs living outside in peril were provided life-changing resources, and we at Ring Dog Rescue could not be more proud of all who came together to make the lives of animals better.

Here is our year-end review:

Ring Dog Rescue transferred in 114 dogs (and puppies)!  We received those dogs from various locations including:

Thank You to all of the shelters that have worked so hard and made strides in improving the lives of the animals in our community.

Of the 114 dogs brought into our program, 98 of those dogs have been adopted.

All of the dogs have been spayed or neutered, vaccinated, heartworm tested, wormed and microchipped. Several dogs were treated for other conditions such as mange, allergies, infections, tick borne diseases, entropian, heartworms, orthopedic surgeries and more. It is through donations that we are able to provide such top-notch care to any and all of the dogs in our program.

Ring Dog Rescue continued to provide frozen enrichment treats to in shelter dogs at 4 jurisdictional shelters through our Popsicles for Pups program.

Our volunteers provided 11 kennels or fenced areas for dogs living on chains and allowing them to have the freedom of movement as well as an improved quality of life. 17 doghouses were provided to owned dogs living outdoors with inadequate shelter, and straw was provided to dozens of dogs living outside. Over 4,200 pounds of dry kibble and over 400 cans of food were provided to needy families. All of this was possible through our DOGHOUSE project and donations from the public.

We also provided owned dogs throughout the greater Richmond area with the following:

62 dogs were spayed and neutered

42 dogs were vaccinated against rabies

37 dogs were tested for heartworms and tick borne disease

2 dogs were given lifesaving obstruction surgeries

1 dog was given a life changing orthopedic surgery

We also currently have 3 dogs in our “fospice” program, Posy’s Pocket. Bungles, Matilda and Olympia are each provided with a loving home, medical care, and the comfort of a family to spend their last days.

A special Thank You to the Shilling Foundation for your continued support!!

As we close 2016 we would like to thank all of our donors, adopters, fosters, and volunteers.  We could not do it without you!