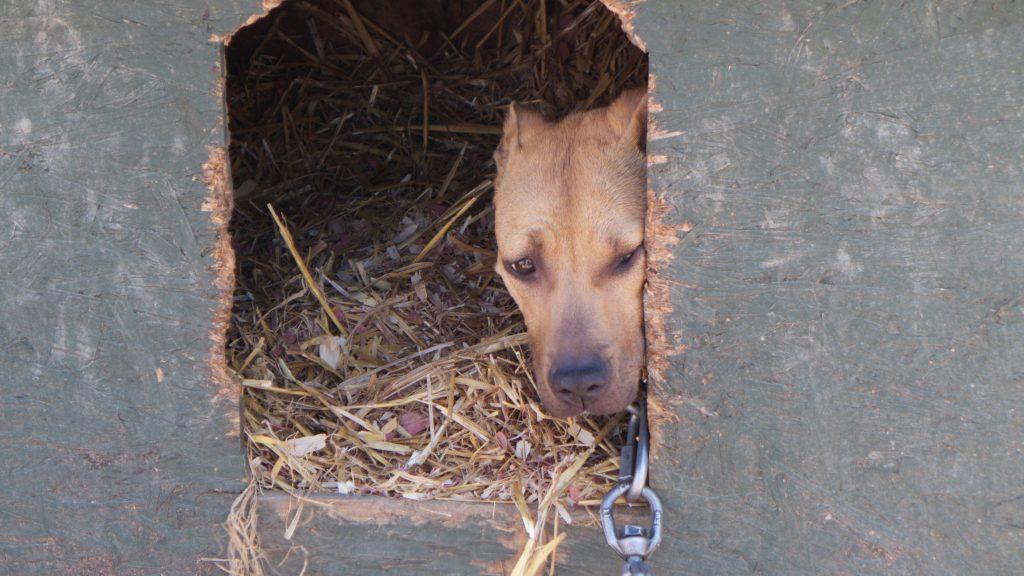 As of July 1, 2020, the VA Code §3.2-6500 has been updated to include extra provisions for tethered/chained dogs.  Under the Adequate Shelter definition it now states that:

An animal cannot be chained/tethered under these 3 sets of conditions:

While there are exceptions within the Code for an Animal Control Officer or LEO to certify “the animal is safe from predators and well suited and well equipped to tolerate its environments,” this certification could allow for the officer, their agency, and the jurisdiction to be held liable if the animal was injured or dies after certification is made.  Due to the potential for liability, it is our opinion that it would be extremely rare that this certification would be made.

In a nutshell, if an animal is tethered during any of the aforementioned periods of extreme weather, a complaint should be made to the Animal Control agency in which the animal is tethered/chained.  The complaint should be made immediately, as it is time sensitive when an animal is in harms way and has the potential to expire from any of the above stated weather advisories.  Animal Control agencies can be easily searched, if you are unable to locate the appropriate phone number, you can always contact the non-emergency police/sheriff’s office line.  If the animal is in distress or imminent danger, it is appropriate to call 911.

The Adequate Space definition has also been updated and states, “When an animal is tethered… the tether is at least 15 feet in length or four times the length of the animal, as measured from the tip of the nose to the base of the tail, whichever is greater, except when the animal is being walked on a leash or is attached to a lead line…”  This update provides a longer tether, it however still applies that the area be free of debris, “must be configured as to protect the animal from injury and prevent the animal from becoming entangled with other objects or animals, or from extending over any object or edge that could result in the strangulation or injury of the animal;” along with several other protective provisions.

It is important that we all act as the voice for those that can not speak for themselves.  We ask that you each be diligent in how you manage and maintain your own animals, and report those around you who fail to comply with the protections put into place to protect the animals within our community.

If you would like to read the entire section of animal related laws and their definitions, we recommend you visit the Virginia Legislative Information System.  https://law.lis.virginia.gov/vacode/title3.2/chapter65/section3.2-6500/  Under Title 3.2 all the laws are listed in order by code section number.

We at Ring Dog Rescue strongly believe that animals should be free from chains/tethers, and should be managed and maintained as part of a family, indoors.  Exercised appropriately, in a safe environment, and treated in a humane manner at all times.

Please stay cool, check on your neighbors, and be the voice of the animals within our community.