MANATEE — Animal advocates in the county are working to create a program that would give abused animals representation in court in animal abuse cases.

The animal representative would be responsible for investigating what happened to an animal when abuse is suspected and would advocate on behalf of the animal.

The idea is still in its formative stages but got its first test recently after a Palmetto police officer rescued a 2-year-old pit bull treading water with just his nose above the water line. 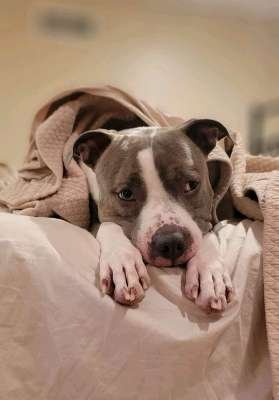 Look at this handsome hunk Bronx! This blue brindle boy has been crashing with his foster family for a few months now and learning how... more