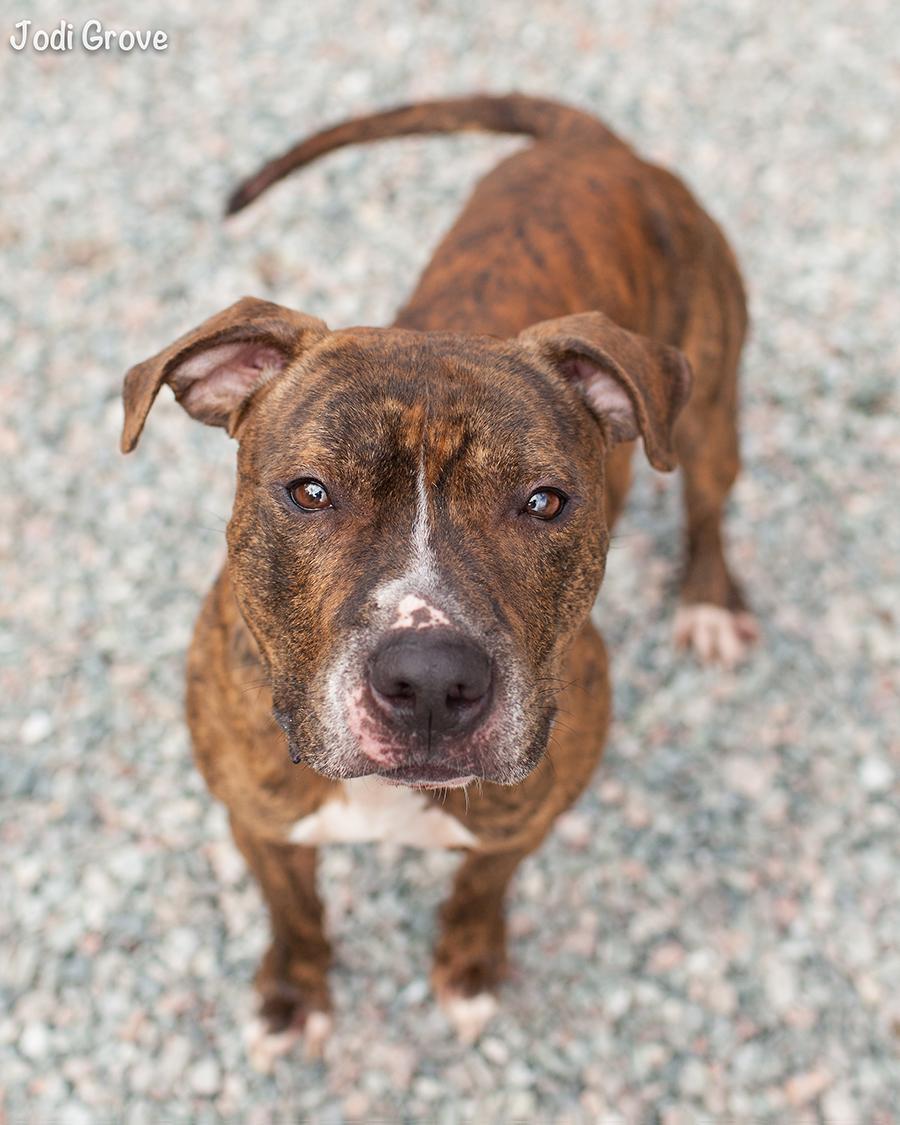 This sweet boy came in as a stray on September 30 , 2016 we have little information on his history. Monkey is a sweet boy, playful and a really nice size he weighs only 45 lbs. Monkey is about 2 or 3 years old.

Monkey walks ok on a leash but could use a little work. Monkey was tested with Sophie an un spayed female who he had no interest in and then also tested with Caine an un neutered male who he did let sniff him and jump around but did give a small grumble when the dog got too fresh. Monkey will do best in a home who is active and interested in obedience training. Meet our man Jack! If you like a jack of all trades he's your man! This pit bull type dog/ border collie mix and is... more