Animal advocates are celebrating the passage of a nationwide ban on dogfighting in Mexico.

Anton Aguilar, Humane Society International/Mexico director, said: “This reform is a big step in the right direction. We applaud both chambers of Congress for banning dogfighting nationwide. Dogfighting is terribly cruel, highly unpopular and strongly linked to organized crime. What is most important now is that the Senate passes a reform to the federal criminal code so that dogfighting is effectively penalized.”

The bill is a reform of article 82 BIS 2 of the Ecological Equilibrium and Environment Protection General Law, which passed both the Senate and the House of Representatives on Monday. The reform mandates that the Federation, the Federal States and Mexico City penalize the practice within a year.

Say No to Cruelty: Fight Dogfighting!

Humane Society International/Mexico launched an anti-dogfighting campaign in July last year, including a petition for legislators to ban and penalize dogfighting in Mexico. In November, Aguilar and his team presented the more than 200,000 signatures obtained supporting the petition. On December 8, the House of Representatives passed a reform of the federal criminal code penalizing various activities related to dogfighting, including organizing fights, owning or trading a fighting dog, possessing a property used to hold fights, and attending a fight as a spectator. The proposed penalties are being examined by the Senate, and they are expected to be voted on and signed into law in the first half of this year. 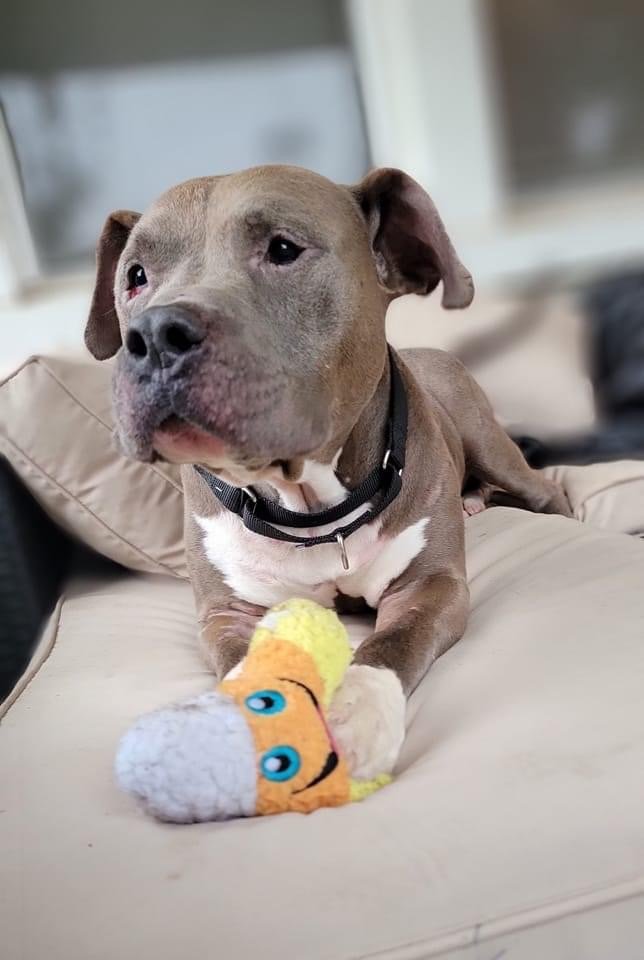 Say hello to Baloo Berry, the big hunk of love! Baloo is a big boy but don’t let his size trick you, he is a... more